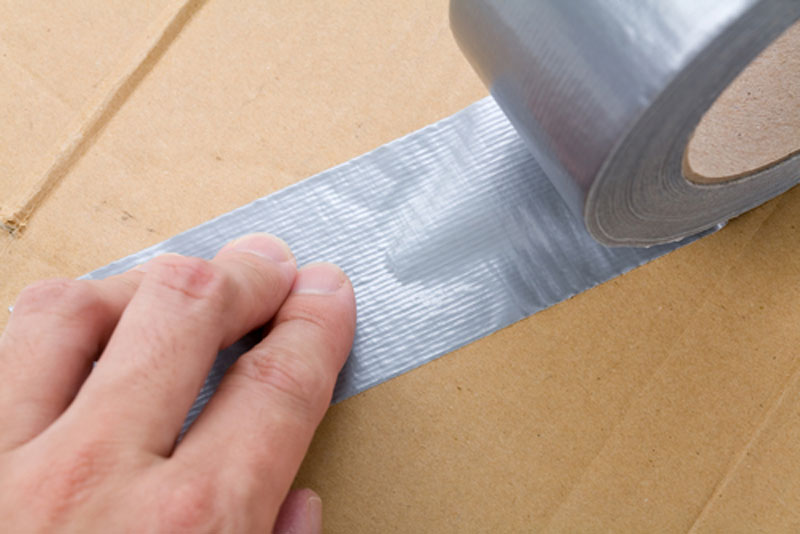 One evening, returning to his bike after work, my husband Mangesh found the foot-peg on his Harley had completely shorn off. A foot-peg is the place where you rest your foot while riding a bike. No foot-peg meant no place for his foot. It was 8pm at night all mechanics were closed and he was faced with the problem of getting his bike home.

The last thing he wanted to do was leave his bike in an open car park over night.

And then Tada! the perfect solution hit him—Duct Tape. And that’s what he did. He duct taped the footpeg to the bike and was able to ride back home.

Unfortunately, this also often happens when new functionality is added to a website. You have a problem or requirement, and it is fixed quickly and cheaply. But how long will the solution last is hard to say.

I decided to write this article as I was on the receiving end of the problems that can arise awhile ago. So I decided to use this example of what could happen with a quick coding fix. I need to point this not what most developers do but rather how to avoid it happening to you.

We recently had to update a website to the latest version. The website was fairly complicated and had recently had some new functionality added. On the surface, everything was working great. The client was happy that the requirements he asked for, were all working. Things were working fine but then it came time to update WordPress and the plugins.

The site updated without any issues BUT all the integration stopped working. Thankfully we were on a sandbox site (read why you should always first test an update on a sandbox site). After poking around we found that changes had been made directly to certain plugin core files. So of course, when a new version of the plugin was applied all the existing code was overwritten.

This is what I mean by duct tape coding. A quick solution led to issues down the line.

So how can you as the client hire the right developer for your website. Let’s look at three questions that you can ask a developer before hiring him. Keep in mind these questions are for a developer adding new functionality and not for designing a new website.

Question 1: Are you going to be modifying any of the WordPress core file, themes or plugins?

Make sure that developer knows that you do not want any core files to be modified, even though you may not have the technical skills to actually verify this for yourself. Having this discussion with the developer not only ensures that he/she knows what you want, it also puts the developer on notice. Most developers will thus take more care while coding and take heed of your requirements.

Question 2: Are you going to be installing any plugins if so when were these plugins last updated?

Question 3: Will you document your code and provide me with support documentation?

A good coder will always document their code. That’s just coding 101. Yet there are few that take short cuts in their rush to get the job done in the shortest amount of time. No documentation makes it harder for the next person to troubleshoot.

Ensuring the code is well documented and you are provided with documentation will help you somewhere down the line. So do have a discussion on documentation with the developer.

But I’m on a tight budget

As small business owners most of us are on tight budgets. And many people say they were extremely happy and paid hardly anything for their job. However I think it’s important to ask any perspective developer the above three questions. Or that quick or cheap solution can come back to haunt you. Also remember many times that same quick fix developer may have moved on and may not be around  when you need him. So it’s always important to choose your developer with the long term in mind.

When choosing a developer, it’s important to ask the right questions of your developer. I recommend having a discussion on these three questions  viz.

These three questions will help you not just in selecting the right developer but more importantly save you money in the future. With Mangesh’s bike the duct tape worked great as a quick fix however the next day he removed the duct tape and fixed it the right way.  However it took us lot more effort to update the website.  A lot of code had to restructured and rewritten to ensure that all the website integration worked again, and the website could be updated without future problems.

Are you in need of a developer. At StressLessWeb we take on all types of website development from designing a bespoke website to plugin development and ad-hoc work. Have a question? Contact StressLessWeb. I look forward to answering your questions.

We recently started offering website maintenance services to our existing clients. If you are not an existing client but are interested in availing of this service, contact us to see how we can help you.

← How to create a Virtual Summit with WordPress in 5 Steps (with Bonus Content Tips) Should I get SSL? Yes it's time to make the move →
Manage Cookie Consent
To provide the best experiences, we use technologies like cookies to store and/or access device information. Consenting to these technologies will allow us to process data such as browsing behavior or unique IDs on this site. Not consenting or withdrawing consent, may adversely affect certain features and functions.
Manage options Manage services Manage vendors Read more about these purposes
View preferences
{title} {title} {title}